Does the hormone testosterone help drive a man to succeed?   While there is an abundance of research on how hormones can impact a man’s physical and mental performance, there is no published research on the correlation of men’s testosterone levels and their bank account balance or professional titles.  But can a correlation between 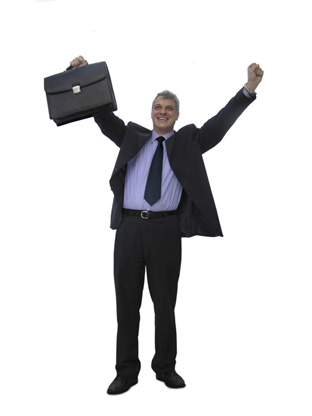 financial success and testosterone level be inferred from existing research?

For decades, people assumed that testosterone was tied to aggression.   If you perceive ambition as a form of aggression and you believe a driven work ethic leads to successful behaviors, you may buy in to the notion that success and hormones have something in common.  However, the evidence doesn’t necessarily show that success is the “work” of testosterone.  In fact, a recent study by Pennsylvania State University researchers concluded that “the belief that Testosterone causes aggression has been proven to be inaccurate”.

According to the The Scientific American, Melvin Konner, an anthropologist at Emory University explains “what psychologists and psychiatrists say is that testosterone has a facilitative effect on aggression”.  “The role of testosterone in social interaction in humans”, according to Christoph Eisenegger of the University of Cambridge and his colleagues at the University of Zurich, can be “conceptualized as bringing motives for seeking social status to the fore.”  Meaning that testosterone alone will not cause a behavior, but that it is a catalyst for behavior.

Testosterone is created by the body to prepare its response to competition and challenges.  Eisenegger’s research says that “testosterone levels rise within minutes in anticipation of both physical and non-physical competitive situations” showing us that “testosterone doesn’t just influence social behavior, it is also influenced by the nature of that behavior”.   Hormones will not cause a particular outcome, like success, but they will “facilitate or inhibit the likelihood that such an outcome will occur.”  So testosterone can be seen as an ingredient for success, but not a direct cause.

As a physician specializing in hormone replacement, I know testosterone levels absolutely impact a man’s physical and mental performance.  However, whether a man’s testosterone levels will lead to his success is ultimately up to the nature of his situation.  Regardless of his bank account or title, hormones will impact the outcome of how a man lives his life, how he reacts, how he works and how he moves forward and ages, successfully or not, rich or poor.

For those who are interested in Hormone Replacement treatments, having a medical doctor oversee your care is critical.  A physician will look at the patients’ entire medical history and current blood tests and other lab work may be necessary.   You physician should advise you about changes you will see, such as changes in sleep patterns and mood.  Helping patients understand how their body reacts to nutritional change and supplements should be a part of a doctor’s oversight.  This doctor patient communication is critical.  An open and honest look at a patient’s lifestyle and a willingness to be proactive in fighting off disease is needed.

A man’s willingness to discuss behavioral modification and follow a prescribed regiment of supplements and vitamins is a necessary component to any successful hormone treatment.

Men are concerned more now than ever about their health and the effects of aging, especially those with higher degrees of responsibility and career demands.  Many business leaders are working later in life, putting off retirement for to continue with their career and staying active.  Just look at men like Warren Buffett and Ted Turner….older, driven and healthy men who maintain their stamina as a desire more than a requirement.  These are the men who benefit most from Low T treatment.

About Dr. Peters:  Dr. Peters medical practice is focused on anti-aging and longevity with offices in San Francisco, New York and Palm Beach.  Helping clients look, feel and live longer and better by delaying, preventing and reversing the signs and symptoms of aging.  She received the most prestigious cosmopolitan education around the world.  A graduate with a medical degree from the University of Medicine and Dentistry of New Jersey (UMDNJ), she completed her medical internships and fellowships at Cornell Medical Center, New York, Harvard School of Public Health and Ospadali Galleria in Genoa, Italy.  She is a past scholar of Leopold Schlep Foundation, and the Organization of American States (OAS), New York.

For more information on Dr. Peters go to http://www.mdlongevity.com